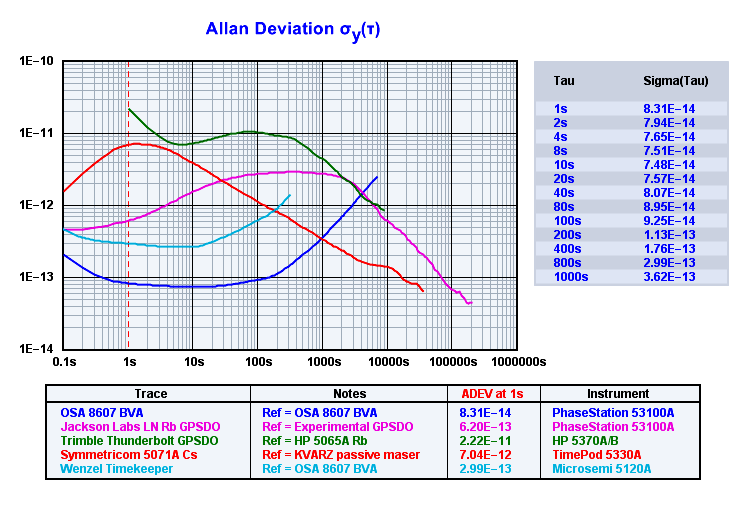 Support for acquiring, editing, transforming, and displaying data from an extensive selection of instruments is provided by TimeLab, including the Microchip 53100A and Miles Design TimePod 5330A phase noise and frequency stability analyzers, Microchip 5115A/5120A/5125A test sets, and a variety of frequency and time-interval counters.

The PhaseStation 53100A User's Manual (5 MB .PDF) serves as a general-purpose guide to TimeLab and all 53100A Phase Noise Analyzer models, including units from Microchip Technologies Inc. and Jackson Labs Technologies.

Application note 53100A-1, Oscillator Measurement and Calibration (680 KB .PDF), is recommended for users new to the Microchip 53100A, along with AN 53100A-2, Dual Reference Noise and Stability Measurements with the PhaseStation 53100A (1.5 MB .PDF). These notes apply to all 53100A instruments, including those from Microchip Technology Inc. and Jackson Labs Technologies.